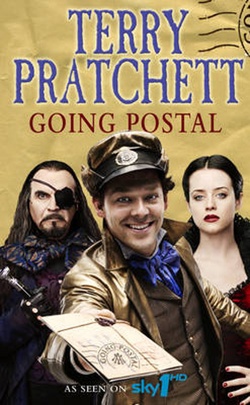 Słyszałem coś o ekranizacji "Wolnych Ciutludzi", ale na Wiki piszą tak:
In January 2006, reports emerged that director Sam Raimi[1] had signed up to make a movie based on this novel with a script by Pamela Pettler, the writer of Tim Burton's Corpse Bride. Sony Pictures Entertainment had recently acquired the rights to the book. The producers are Josh Donen, Vince Gerardis, and Ralph Vicinanza. No other details have been released about the film adaptation.[2]

In a June 2008 interview, Pratchett said: "I saw a script that I frankly thought was awful. It seemed to be Wee Free Men in name only. It had all the hallmarks of something that had been good, and then the studio had got involved. It probably won't get made."[