Marcus Burnett (Martin Lawrence) and Mike Lowrey (Will Smith) are best friends and detectives in the narcotics division of the Miami-Dade Police Department. One night, $100 million of seized heroin is stolen from a secure police vault. This is a major blow to Burnett and Lowrey, because it was the biggest drug bust of their careers. Internal Affairs thinks that it was an inside job and warns Miami PD that if they do not recover the drugs in five days, the narcotics division will be shut down. 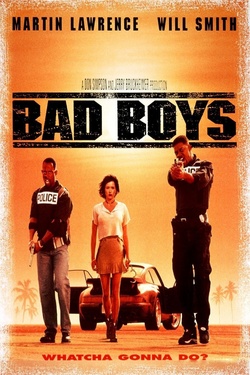 Bad boys, bad boys!!! What you gonna do?