The story is told from the viewpoint of Lt. Werner (Herbert Grönemeyer), who has been assigned as a war correspondent on the German submarine U-96 in October 1941. He meets its captain (Jürgen Prochnow), chief engineer (Klaus Wennemann), and the crew in a French nightclub. Thomsen (Otto Sander), another captain, gives a crude drunken speech to celebrate his Ritterkreuz award, in which he openly mocks Winston Churchill and implicitly Adolf Hitler. 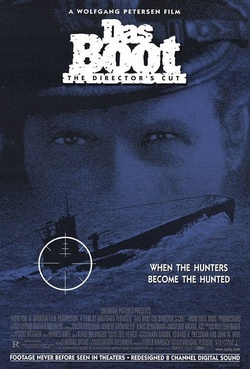