In 1997, Agent K (Tommy Lee Jones) is a member of the Men in Black (MIB), a secret agency without ties to any government, whose goal is to maintain Earth as a "neutral zone" for extraterrestrial aliens, whom they disguise as humans around New York City. The agency maintains its secrecy by using a neuralyzer to wipe the memories of those that encounter either them or the aliens, and also the memories of former agents when they retire. Operating from an underground base at a Triborough Bridge and Tunnel Authority ventilation station, they fund themselves by obtaining patents on alien technologies released for consumer consumption. K's former partner D has just retired after an incident at a border line between the U.S and Mexico where an alien disguised as a human almost killed an INS Officer, so K is forced to find a new partner. Agent Zed (Rip Torn), the Agency's current leader, suggests that he should find a new recruit, someone "fresh". 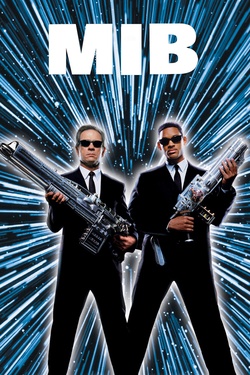