Helena (Stephanie Leonidas) works with her parents (Gina McKee and Rob Brydon) at their family circus, but desires to run away and join real life. At the next performance, after Helena and her mother have a heated argument, Helena's mother collapses and is taken to the hospital. Ten days later, while Helena is staying with her grandmother, she finds that the doctors determine that Helena's mother requires an operation, and Helena can only blame herself for the situation. That night, she wakes up in a dream-like state and leaves her building to find three performers outside. As they try to perform for Helena, a shadow encroaches on the area and two of the performers are consumed by it. The third performer, Valentine (Jason Barry), a juggler, helps to quickly direct Helena to safety through the use of magical flying books. She learns they are in the City of Light which is slowly being consumed by shadows, causing its widely-varied citizens to flee. Soon Helena is mistaken for the Princess. She and Valentine are taken to the Prime Minister (Brydon). He explains that the Princess from the Land of Shadow stole a charm from the City of Light, leaving their White Queen (McKee) in a state of unnatural sleep and the City vulnerable to the Shadows. Helena notes the resemblance of the Queen and Minister to her mother and father, and offers to help recover the charm along with Valentine. They are unaware their actions are being watched by the Queen of Shadows (McKee) who has mistaken Helena as the Princess of the Land of Shadows. 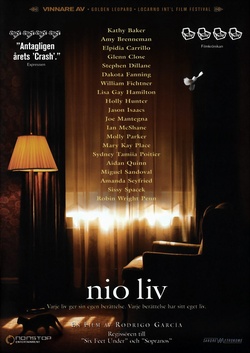