Piranha also known as Piranhas is a 1995 American horror film directed by Scott P. Levy about a school of killer piranha descending upon the bustling Lost River Lake Resort. Produced by Roger Corman for the Showtime network, the film is a remake of the 1978 film Piranha, directed by Joe Dante. 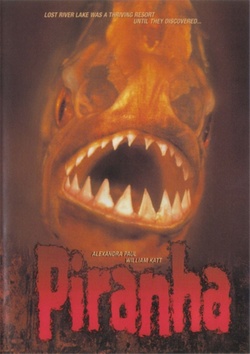