Somewhere in the 14th century, Claus (David Huddleston) is a peasant woodcutter in his mid-50s who, with his wife Anya (Judy Cornwell), delivers his gifts to the children of a certain village. One night, Claus, Anya and their reindeer, Donner and Blitzen, are rescued from certain death in a blizzard, only to be transported to the vast "ice mountains, way up at the top of the world." Their expected arrival is heralded with the appearance of several elves, or – as Claus's people call them in their legends – the Vendequm, led by the venerable and wise elf named Dooley (John Barrard). 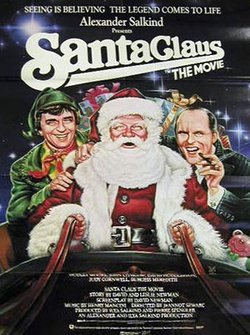