Four retired mobsters (Richard Dreyfuss, Burt Reynolds, Dan Hedaya and Seymour Cassel) plan one last crime to save their apartment at a retirement home (the owners are forcing them out with a rent increase so that the apartments can be rented to young, affluent South Beach couples). The four steal a corpse from the mortuary to use as the "victim" in a staged murder scene. Unknown to them, the body belonged to the head of a Colombian drug smuggling ring. As a result of the "murder", many of the young renters leave and the four men are given cash and a rent discount by the complex to keep living there. Much of this money is spent on high living and women, which causes a young woman (Jennifer Tilly) to believe that the four men staged the murder. 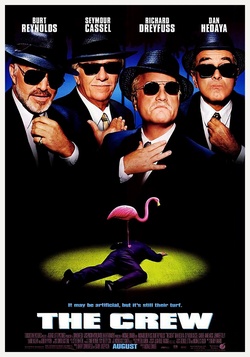