The Cure
Reżyseria: Peter Horton (I)

Set in a small town of Stillwater, Minnesota, Erik (Brad Renfro) is an adolescent loner with a vain and selfish workaholic mother, Gail (Diana Scarwid) who hardly spends time with him. Dexter (Joseph Mazzello) is his neighbor who lives behind Erik, who contracted HIV through a blood transfusion. Initially, Erik is put off by Dexter, but the two soon become good friends despite their differences. Erik seeks a family in Dexter and his congenial mother, Linda (Annabella Sciorra), due to his strained relationship with Gail, but keeps the friendship a secret from her, knowing that she won't approve. 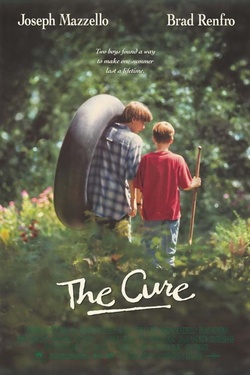