Micky Ward (Mark Wahlberg) is an Irish-American welterweight boxer from a working class family in Lowell, Massachusetts. Managed by his mother, Alice Ward (Melissa Leo), and trained by his older half-brother, Dicky Eklund (Christian Bale), Micky has not had a particularly successful career: He's become a "stepping stone" for other boxers to defeat on their way up. Complicating matters, Dicky, a former boxer whose peak of success was knocking Sugar Ray Leonard down in an HBO televised match, has fallen apart since his early success, becoming addicted to crack cocaine. He is now being filmed for an HBO documentary he believes to be about his "comeback". 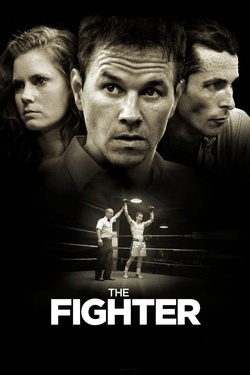