Becks is the leader of the West Ham United football firm, that travels up and down the country to fight other firms. Dom is a normal teenage lad who hangs around with his mates, and one night they go to a nightclub, where his friend Tel walks into Becks and after the two share words, Tel is headbutted in the face by Becks. The morning after, Tel tells Dom that Becks is after him, the two then go to the local pub the Lord Nelson where the firm hangs out, Dom walks in and apologises for the two of them. Becks then tells Dom that he has a lot of guts walking in there like that. Dom finds out where Becks works and goes to visit him. They become acquaintances, visiting a sports shop where Becks purchases a pair of Adidas Trimm Trab trainers. He then asks Dom if he wants to play in his football team. Dom accepts. Dom asks his Dad for money to buy the same pair of trainers. 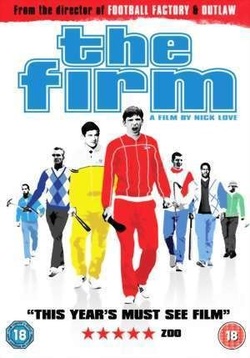