The plot revolves around married professional Kate Davis (Contouri), who is kidnapped by a shadowy organization known as 'The Brotherhood'. She is informed of her ancient lineage of descent from Báthory. The Brotherhood have a hospital-like compound where they clinically 'bleed' brainwashed and hypnotised humans and harvest and consume their blood. After Kate refuses to join, the cult debates over whether to give her hallucinogens to break down her resistance. Dr. Fraser (Hemmings) is against this but is outnumbered. Kate is initiated into the cult, feasts on blood and is returned home. Later, Kate's lover Derek (Rod Mullinar) is kidnapped and taken to the farm. Dr. Fraser helps him escape and seeks out Kate, seemingly in attempt to reunite them, only to reveal he is also descended from a vampire lineage and seeks a union with her. 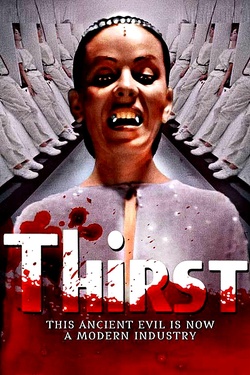