Coraline Jones (Dakota Fanning) moves with her mother (Teri Hatcher) and father (John Hodgman) from her comfortable life in Pontiac, Michigan to the Pink Palace, a dilapidated three-apartment building in Ashland, Oregon, which is also occupied by retired actresses Misses Spink (Jennifer Saunders) and Forcible (Dawn French), and eccentric Russian acrobat Mr. Bobinsky (Ian McShane). With her parents perpetually working on a gardening catalogue and paying little attention to her, Coraline feels neglected and decides to explore their new home, befriending Wybie Lovat (Robert Bailey, Jr.), the grandson of the apartments' landlady. While exploring, Coraline finds a small door sealed off by a brick wall. That night, Coraline is awakened by a mouse and follows it to the small door where she discovers that the brick wall has been replaced with a long, dark corridor. Coraline goes through it and finds herself in the Other World, a fantastical parallel version of the Pink Palace inhabited by doppelgangers of her parents called the Other Mother and Other Father, who have black buttons for eyes. These beings prove to be warmer and more attentive than Coraline's real parents, particularly the Other Mother, who does everything she can to impress Coraline. Coraline decides to stay the night at the Other World, but when she awakes the next morning, she finds herself in her old world. 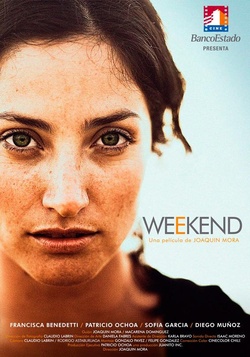