How I Ended This Summer (Alexei Popogrebsky) 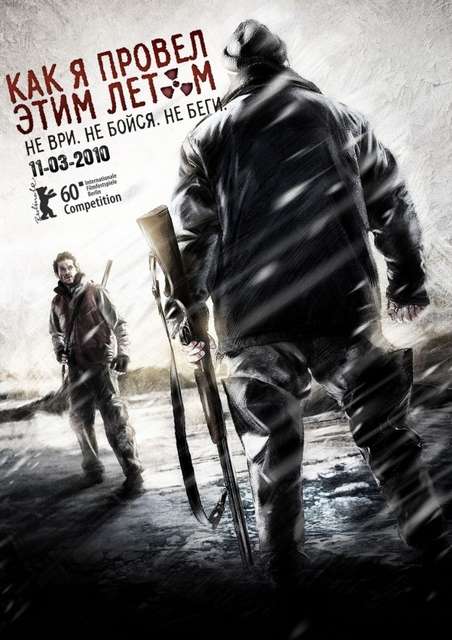 "How I Ended This Summer:" it's not a serious title but a mocking one, in bad Russian grammar, like something scrawled at the top of a boy's back-to-school essay. And it's Sergei (Sergei Puskepalis) mocking young Pavel or Pasha (Grigoriy Dobrygin), a temporary trainee at his remote Arctic meteorological station for the summer and so, to Sergei, like nothing more than a kid on a lark. They are alone together on the island of Chukotka, Russia's northernmost territory, and before the film ends, its title will have assumed a grave irony. The dour Sergei is every just-out-of-college boy's summer employment nightmare -- dour, disapproving and harsh with the young man. Pasha is the better one at the modern digital data-recording devices, but he hasn't spent a lifetime at this harsh, lonely work and so, for Sergei, whose wife and daughter now are back on the mainland, Pasha doesn't really count. Sergei's thing is sneaking off for a bit of trout fishing in a lagoon. The trout remind Sergei of his wife, who has loved their taste, fresh salted, when staying on the island herself, perhaps in more cheerful times.

Pasha spends his free moments leaping between old rusty 100-gallon cans (not an approved activity), listening to loud rock or techno on his headphones, or playing a shoot-em-up video game. There's an isotope signal whose Roentgen level he's tested (it's high) and the men must go out on foot to take readings and send data from their equipment via radio every few hours. The good-looking young Pasha's light-hearted mood sinks every time he's in the presence of the tight-lipped, disapproving Sergei. Dobrygin and Puskepalis have an endgame coming. Both are excellent in this tense, nail-biter of an imploding actioner. For anyone who's thing is edgy, minimalist drama in challenging natural locations, How I Ended This Summer comes very close to being a wonderful film. Unfortunately it unreels on Russian time, which means it goes on twenty minutes too long, and the final action strains credulity.

Actors and setting are nicely balanced here. Apart from his two principals, talented young Russian director Aleksei Popogrebsky draws much of his film's essential strength from making the bleak locations vivid and ever-present -- the more so because the only music heard is what Pasha listens to on his headphones. Despite the summer setting, the surrounding landscape is chilly and dim, with never the marker of real nighttime darkness. The shoddy interiors are anything but cozy. Pavel Kostomarov's Red camera cinematography makes a virtue of digital coldness, alternating closeups of faces and objects with distant shots that bring out both the loneliness and the austere beauty of rock, sky, and sea. As Sergei warns and gunshot holes in a ceiling reveal, the weather station is a place so stark and difficult strong men have been known to go mad and brutally settle scores on the spot. Sergei admonishes Pasha never to go out without a shotgun and to keep it loaded, because there are bears -- white ones, big and light on their feet.

First the film establishes Pasha's playfulness and Sergei's hostility. Ironically, the two will bond toward the end, when everything has gone terribly wrong. They make constant two-way radio reports of readouts. Their control base is the deus ex machina of the piece.

While Sergei is off fishing the first time, Pasha gets a crucial message that, due to the poor communications between the two men, he lacks to courage to pass on to his boss on his return -- a mistake that is magnified as time goes on and pressure keeps coming from headquarters to say what he's done. Every activity the two men share now is heavy with portent, the danger of telling, the equal risk of keeping silent, the growing tension of our awareness of this dilemma and Pasha's growing inner conflicts. Still oblivious of the news though Pasha is inwardly frantic with worry and increasingly conflicted about what to do, Sergei goes out on a second fishing trip, and Pasha gets lost looking for him, near the lagoon, pursued by a bear in the fog.

That's not the end, and up to there, the suspense has been tremendous. From then on, Pasha's motivations and his transformations become harder to follow and the action gets too erratic and drawn-out. Or so it seemed to me. Perhaps if you buy sufficiently into the crazy-making potential of the environment and the volatility of the relationship between the two men, you'll ride with the whole adventure. Some do, certainly: the film won prizes at the Berlin film festival (best acting shared by the duo and Outstanding Artistic Achievement for d.p. Kostomarov), and a big distribution deal. For sure, Popogrebsky knows how to create the sweet torture of true action suspense, the kind that requires nothing more than two men at the end of their tether on a mean gray strip of the far north. 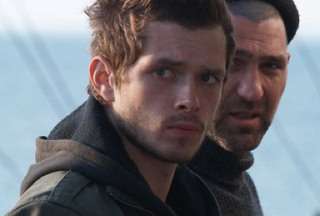 How I Ended This Summer TRAILER: 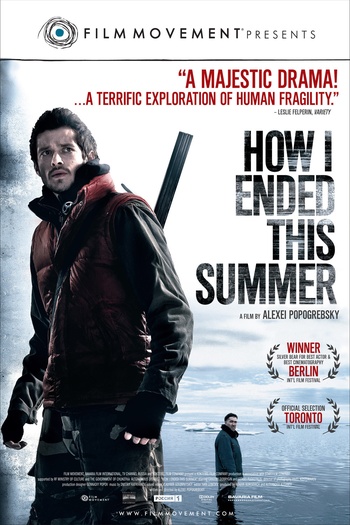