When I first heard of Midnight in Paris and read some short enthusiastic reviews I was wanting to watch it. I liked Allen's late creations, in particular Vicky Cristina Barcelona - mostly for setting, music and a story with a twist; but even more Whatever Works - with this one I had a lot of laughs (because the main character completely resembles me) and it is definitely my favorite of Allen's movies (those, I have seen).

At that time I had pretty high expectations for this movie, it was a few months ago, when it wasn't neither released here in the UK yet (I was so jealous of Poland back then..) nor available on the Internet. So by now (when quite a lot of time had passed), the excitement settled down and my pick was dictated only by sudden remembrance of the movie's existence.

With my initial enthusiasm in mind, I don't think I was biased. I just expected it to be kind of on par with titles mentioned above, basically: in my type.

Unfortunately I got disappointed. 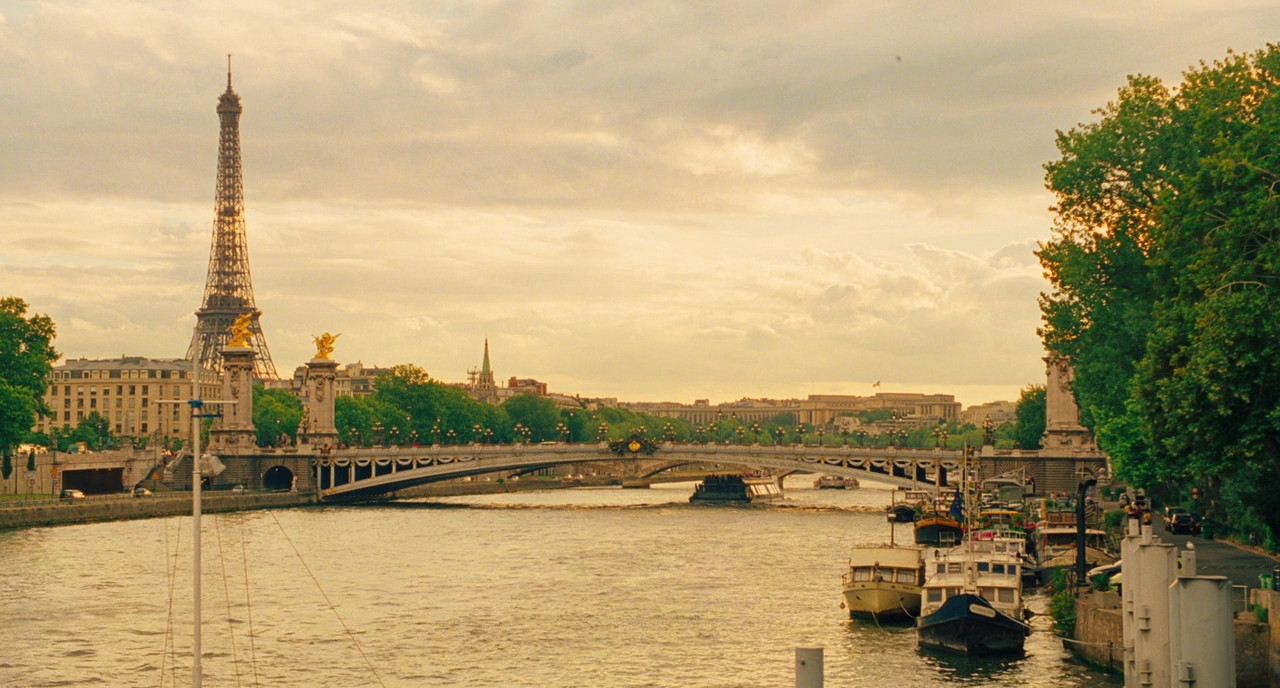 Beautiful view of Paris from the opening scene

The concept of the story is pretty OK, kind of like in Vicky.. but bearing a different point. Americans go to Europe and strange things happen which lead to some moral and intellectual conclusions (or at least they're supposed to..). It is a broad concept on which you can build great things (although a bit abused by now) but it's merely a start. To build an amazing and entertaining story you need more than a general vision. Midnight in Paris lacks added value. The only person that seems to think in the movie is Gil - the main character. And he's not very bright, mind you, so the obvious opportunities for great dialogues with outstanding figures remain unexploited. The whole midnight mystery thing looks to me like pulled out of blue, held together with the rest of screenplay only by some duct tape-like hooks. We do not know how it's done, we just know it kinda, sorta works, but lack of any justification makes it look artificial. Or maybe it's the other way around? The Paris trip could just be an excuse, but for what? The movie is a poor blend of both - making each incomplete, so we will never find out. The whole story doesn't attract attention, at times it's entertaining to follow, pretty pointless though. Maybe that's why the moral is thrown in our face so blatantly? 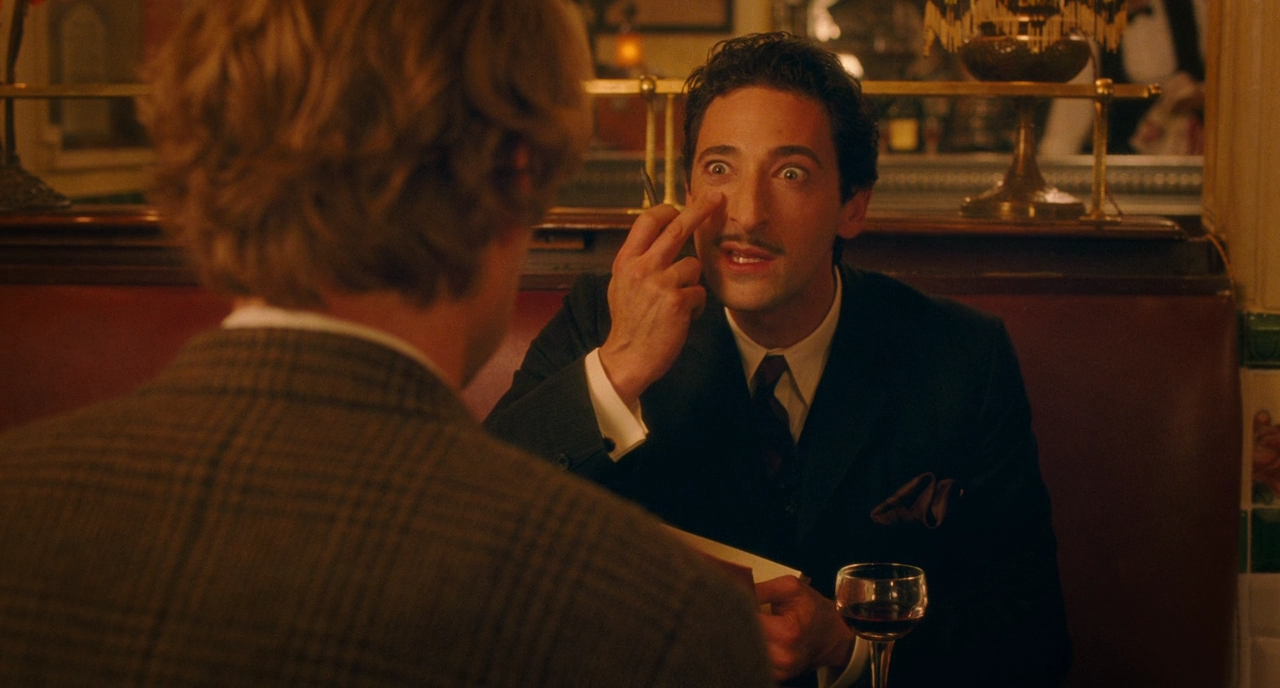 My favorite scene - can you guess who Adrien Brody plays?

When it comes to actors, I rather like how Owen Wilson played, the artists were also well captured (I adored especially Adrien Brody!) but the rest of the cast was in my opinion simply mediocre - think of Carla Bruni and you know what I mean.

Midnight in Paris is perfect if you want to spend time relaxing, good soundtrack and pretty Parisian pictures render the movie a pleasure to watch on a lazy afternoon. But if you are looking for anything else go and look elsewhere. 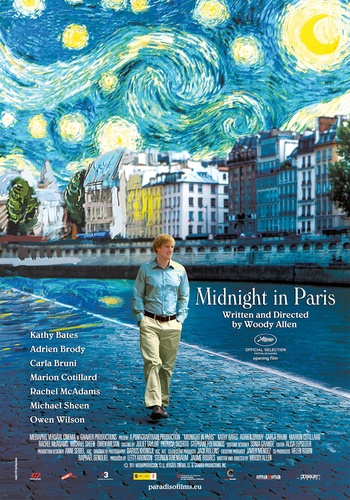