Although called a female comedy, this is chock full o' laughs for the guys, too. Co-written by Kristen Wiig and Anne Mumolo (who also has a small role), "Bridesmaids" stars Wiig as the woebegone near-spinster who has a knack for picking losers as her lovers. It was directed by Paul Feig, and co-stars Maya Rudolph as the bride who picks Wiig's character as Maid of Honor. This was Jill Clayburgh's last movie before her death from cancer. Somebody picked great music for the movie, and the Wilson Phillips performed at the end.

The writing and the performances knocked my socks off. "Bridesmaids" was nominated for Academy Awards for best original screenplay and for best supporting actress for Melissa McCarthy for her role as Megan. Although McCarthy shines, I preferred Rudolph's performance, but I don't pick 'em for Oscar Awards. Both Rudolph and Wiig are alums of Saturday Night Life, and the movie abounds with others from SNL. Judd Apatow is credited as producer, although there is a string of names of other producers of various sub-types.

Casting was stellar. I don't know how much Allison Jones had to do with it all, but she deserves an award for picking the right actors for the roles. Casting Jon Hamm as Ted, Annie's jerk boyfriend, is only one of the strokes of genius in this movie.

This is not a momentous film worthy of preservation for the eons, but it's a drop dead funny laugh-out-loud movie. At two hours, it'll fill up an afternoon quite well on some dreary cold day you don't want to go out. 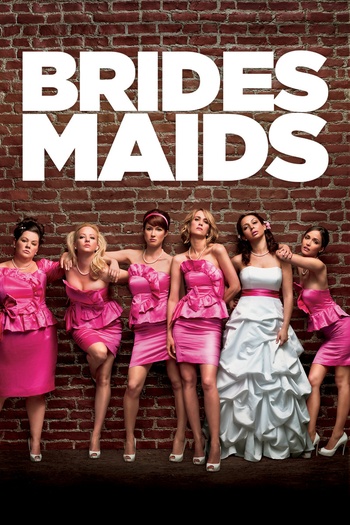