This is a movie about some very sick people. Their sexual turn-on is car wrecks, and they cause them when they can't find them by chance. This movie, directed by David Cronenberg, is based on a novel by J. G. Ballard.

The problem with the film from my point of view is that I'm never given any reason to identify with these people and to care about their drive for this particular form of fetishism. I suspect the sex aspect of the film was too difficult for the director and/or the actors (including Holly Hunter, Elias Koteas, and Deborah Kara Unger) for them to develop their roles fully. Instead of some fascinating insight into a world I'd never heard of, I saw moments of soft core sex interspersed with dialog from affectless characters about whom I learned nothing. 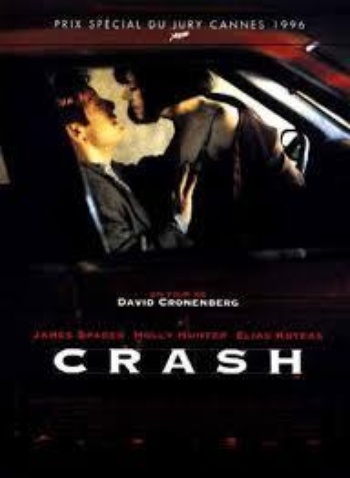