Directed by Mads Matthiesen, who co-wrote the screenplay with Martin Zandvliet, this is a disturbing movie about a very likable guy, the teddy bear of the title.

Dennis is a professional body builder, a huge hulking man who is a gentle giant of 38. He still lives with his mother in her home, and at first I thought she suffered from dementia because of the ultra politeness of Dennis's dealings with her, never arguing, doing whatever she said, sharing the bathroom with her in the mornings. However, it became clear that his mother was a controlling, very subtle monster who kept her son at a pre-school level in their relationship. Dennis is played very well by Kim Kold in what appears to be his first, maybe only movie appearance. Kold is indeed a professional body builder. His mother is played by Elsebeth Steentoft, a professional actress who is incredibly expressive without moving a muscle. Most of the cast have no other movie experience, and Matthiesen did a wonderful job getting a professional quality performance from everyone.

The plot of the movie is whether Dennis can separate himself from his mother, and I found my self rooting for him along the way. His disagreements with his mother never have raised voices, are based on her subtle manipulation of his feelings toward her, and require her to keep him as her little boy. She refers occasionally to men being disappointments and to Dennis's father, whom Dennis never knew, and her greatest reproof of Dennis is to tell him that he's like his father. The struggle for control over Dennis's freedom is never out in the open.

Dennis's struggle is as subtle as his mother's control, so the drama of his journey is without rage or tears. Just the lonely journey to independence that he should have taken as a boy, made more difficult by decades of manipulation by his mother. Kold does an excellent job showing the internal conflict without emoting. It's a very good movie.

I have the movie on a DVD from filmmovement.com, and the DVD contains two short features by Matthiesen. I don't know whether this is one sick dude or he just likes to explore sick relationships. One of the features is "Dennis," a short version of "Teddy Bear" which shows more of the relationship between Dennis and his mother. The other feature is "Cathrine," which explores the relationship between an overweight 16-year-old girl and a 33-year-old man. As in "Dennis" and "Teddy Bear," Cathrine's parents are controlling, but you can't root for a girl to break free with a man that old -- out of the frying pan and into the fire, I fear. 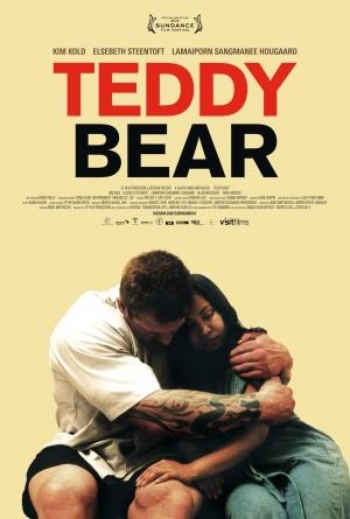