What a trite f-ing film. Chan-wook, long staring scenes does not equal "mysterious"! Still, this film has...very little going for it, apart from Nicole Kidman surviving, despite her character being badly written. As a mystery and a thriller, this film tanks. It's as though a vampire novel married the first draft of a shitty detective story. Awful.

What a great documentary! It's about Robert Liebling, the singer of an obscure metal band named Pentagram. The documentary kicks off with Liebling today, abusing heroin and crack to a state of complete shambles and paranoia, while living in the sub-basement of his parents' house. He's devastated and seemingly at the end of his life, while acting a real human being. I shan't say more, but it allows for twists and turns.

Jarvis Cocker once sang that we become our parents' parents. And what if you grow up with raging alcoholics as such? This is one covered-up wound that gets a prodding finger on it, as the estranged, alcoholic mother is suddenly revealed to be dying. Great child actors, especially Tehilla Blad. Uncovering, cathartic yet a bit too in-your-face, it's still recommendable.

Your mother dies, and your father dies just after. What do you do? This film touches upon, yet is clearly different than "Eternal Sunshine Of The Spotless Mind", where McGregor acts well and the tempo rolls on. It felt real to me; and the film picks up on "what is real?" without becoming pretentious. A lovely film.

Imagine Antonioni's "L'Avventura" without the suspense, the innovations, the tempo (or beautiful lack thereof), or, indeed, anything interesting, and you have this film. Clooney is a fair actor, but this is just void. I usually like films with a bit of space in them, but this is really just void and null. Avoid. Go for Corbijn's "Control" instead if you need his films.

This was a nice surprise: a new, truly modern horror film where violence is displayed in detailed, yet manages to pull everything into place. The female lead is acted supremely, and as a whole, this film is quite scary and altogether well made. Kudos!

I saw this film in a company where we talked and had fun; I wasn't very concentrated on the film. That said, in that moment, I think everything was perfect to see this film, where plot is - as in "L'Avventura" - thrown out the window. Vitti and Delon's characters mesh somewhat, but as a whole, this seems to me a bunch of allegories and symbols. In a good way, although I was taken back by the way the film is presented. In a way, I can't wait to see it fully concentrated; in another way, I don't want to. See it.

While Bogart and Holden disliked each other and this is only Hepburn's second US film, it doesn't show. This is a sweet, albeit tempo flawed, romantic comedy with a bitter twist, i.e. Bogart's character. Well played.

This film starts off with Ryan Gosling playing himself as mandated by Hollywood regulations. Sum total: a very predictable film, which actually peaked about an hour into the film, but then went downhill quite fast. Some pretty photography and a song by Suicide doesn't really help it. Ray Liotta should have been in this film a lot more, and he steals the show, displaying Gosling's real problem: just being quiet does not equate good acting. Bogart could do it because he was a great actor.

A bunch of people travel to Molkom, a small Swedish town where a new age festival takes place over a week. The documentary first doesn't drink the kool-aid, as it follows an Australian man who went because one of his friends recommended him to, but he wasn't aware of the whole new age-aspect that permeates the entire stay. The people constantly partake in different new age workshops and techniques, and as they go along, it's interesting to see how some people are open to trying new things or weird (or both), while one person in particular who - to me - tries to appear open and kind but really is a quite offensive character. A climax of sorts appears when a woman is quite horribly physically hurt, and the attacker blames the onlookers for the incident. All in all, an engaging look into a world that shows openness as a good thing, no matter if it's in new age or elsewhere.

As revenge films go, this is more of a mashed-up tribute than an original work. I have always loved Tarantino's dialogue, but this feels more like a pastiche of "Inglourious Basterds" than anything else. The plot is thinner than a wafer, and still, it's fun and easy to like. Foxx's character gets trumped by Waltz (more due to the script than anything else) and they're funny and loveable together. Sum total maximum? The adage: xenophobia is idiocy and should be combatted for as long as you breathe.

For me, this film touched a nerve. A relationship between two people displayed non-chronologically, all over the place - it's disgusting, lovely, horrid, sweet, funny and awful. Excellent direction and acting.

A German film on the life of a family, starting a few seconds after the ending of the Second World War, it focuses on the near-imaginary way of thinking in children - and, indeed, delusionally speaking in nazis - while being forced to grow up at an extremely fast pace. It's a dreamy way to wake up. I shan't say more about the plot or progression, but hard as it is to keep a non-Hollywood film afloat, this film is both airy and highly lucid. Very recommendable. 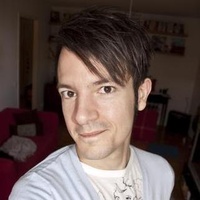