From trendsetter of filmmaking Polanski has turned into movie making machine. His technically perfect films are deprived of humanity and small imperfections which make a film interesting, unique and innovative. But he just won't break the rules of directing 101 it seems.

At some point in the film, Christoph Waltz says that he believes in god of carnage. But how can we believe in real carnage if it is presented in such a conservatively boring way? Don't misunderstood me, please, the film is not boring; it is light and funny, a little charming and definitely well performed, however, the way it is all shot is simply boring. There is nothing edgy or risky about Polanski's direction. The actors (and he got some god damn good actors) walk around as if they were on theatre stage and often seem to have as much knowledge about filling the screen space or interacting with each other and the props around them as a theatre club student. 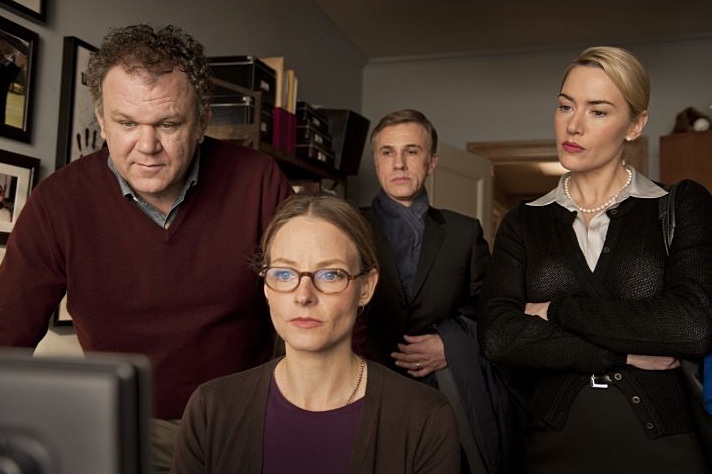 Carnage is based on the play and I will never understand what has tempted Polanski to turn it into a movie. Even working with the writer of the play did not help it. It even might have made it more theatre like. Carnage is a story of four parents (two couples) who meet after their sons get into a fight (or rather one hits the other after being called names). Jodie Foster and John C. Reilly (who is stalking me) play the parents of a suppose victim, and Christoph Waltz and Kate Winslet try to protect their supposedly guilty son. There is lots of 'ifs' in Polanski's film, but he manages to solve them nicely and prioriotises what really keeps our interest. Thus from the boys' fighting we go to marriage problems and personal tragedies. Every one of the actors pulls their performances well, however, the characters they play are again a very stereotypical choices for these actors. John C. Reilly plays a good, fun to be with husband and father who is willing to compromise, although his jokes might hurt some; Jodie Foster is a defensive mother who cares for human rights and world peace and even when she breaks down, she still cries about African babies starving; Kate Winslet is a successful and confident woman who hides her roughness under romanticism; and Christoph Waltz is an intelligent asshole. What a shocker.

The main problem with Carnage is that it fully relies on the performances, however, no performance can make an averagely written film good. It will still remain just average. The jokes are good, but they are too repetitive; the lines are well delivered but they simply sound written. The only thing missing in Carnage is the theatre stage. It works, but only in a theatre. 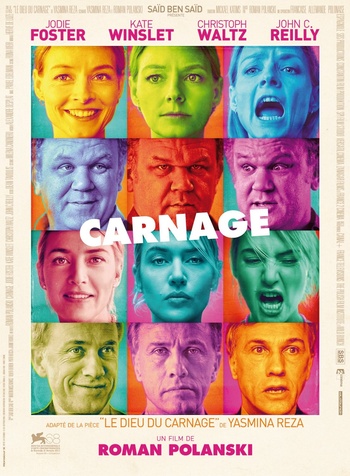