This is one of these films where being memorable is not necessarily a compliment for the creators. Unfortunately I still remember The Future well enough to write a review on it, but I secretly hope that with every word, my memory will slowly get cleared from Miranda July's pointlessly abstract images. The Future overdosed quirkiness, originality and surreality and was left with bland and awkward skeleton of story. 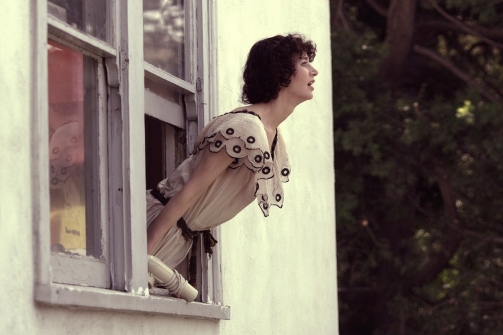 I haven't seen July's debut film and after The Future I don't think I ever will. I am a fan of independent cinema but some filmmakers cannot handle the freedom of uniqueness and get lost in the labyrinth they draw themselves. But let us start from so called plot.
It is a story of a confused couple who decides to adopt a cat. However, the animal adoption is not that simply (for unknown reason) and they have to wait a month for the arrival of their future pet. Unfortunately for the audience we find out about all this from the cat itself, who we hardly ever see because Miranda July found it hilarious for some reason to only shoot cat's fake paws (or paws paws rather). Although male, the cat speaks in female voice and irritates the hell out of audience. The Future might actually be the first film where the fear of death of the animal does not affect us that much.
Sophie and Jason are as ready for the cat as I am ready to kill Miranda July for this awful film. I wish I could, but I would never do it. Unfortunately for us they decide to change their lives radically in order to welcome Paw Paw to their weird world. Describing their world as weird, would actually be a compliment. Sophie's and Jason's life is just awkward.
There is a limit of awkwardness that I can take and I am sure it applies to every film viewer. Miranda July has no idea where to set the border and so we have to listen to the couple's pointless conversations that sound like they simply had too much time on their hands and can waste it making the most irreverent arguments filled with as many awkward gaps and pauses as possible. I don't mind them having pointless conversations, but the way they deliver their lines is even more irritating than the lack of topics they discuss. They say everything in monotonous voices with no expressions in their faces. Overall it is a very awkward depressing couple that I cannot identify with. Very well, Miranda July, very well indeed.
[Image]

As for plot, because obviously the couple's conversations do not move story forward, there is still hope in random images and scenes presented in the movie. Sophie becomes obsessed about uploading a video of her dancing on youtube, even though (quote) nobody cares for it and gets involved in an affair with ex soldier, and Jason plants trees while talking to a slightly pervy old man. Does it help the story get more involving? Not at all. The only part of the Future that I enjoyed (if I manage to ignore the main characters and the lines said) was the fragment when the time stops and visually it becomes pretty stunning. It might be that The Future has the potential to be a quirky short movie, but definitely fails as feature.
The main problem with The Future lies in making the characters and the story so awkward that we just couldn't care less about it, thus it fails to keep our attention for the duration of the film and rather than fascinating us, presents itself in a rather annoying light. I don't care for your pretentious pseudo existential monologues, Miranda July and to be honest, I think that hardly ever cares. 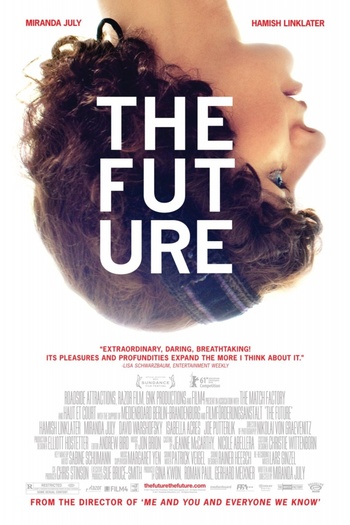