It is my quest to watch all of the Academy Award Best Picture recipients before the next ceremony.

Considered by many to be not only better than The Godfather (a rare statement for a sequel) but one of the greatest films of all time. In my opinion this is false and true respectively. Although more ambitious and possibly more impressive than its predecessor, it is Michael’s fall that makes the first film what it is. In this second installment, Michael only descends further, and remaining on this one note is the only criticism of the film I have.

What the film does achieve though is monumental. The depiction of loyalty, of honour, of family is so rich and detailed; the film is not just watched but truly experienced. Francis Ford Coppola and his technical team have created an entirely believeable world, from the dusty roads of Sicily in the early 20th Century, to Havana in the 1950s. And despite the horrors of the film I challenge any viewer that would not want to visit these romantically rendered locations just to feel closer to the film. Despite the minor criticism I have of Michael Corleone’s character, Al Pacino performs the role with perfection. Icy, calculating and coiled. Michael really does feel like a king, empowered but distanced from his dedicated followers or fearing subjects. It is hard to find a more iconic image than Marlon Brando’s Godfather and it is therefore great testiment to Robert De Niro that he manages to refrain from merely micking the performance of his hero. De Niro’s Vito Corleone is the same man as the Godfather but hasn’t been fully formed yet. He is a work in progress, growing from his experiences and De Niro portrays this perfectly. His mannered, intelligent performance thoroughly deserved its acedmy recognition. In fact it is hard to find a bad performance in the film. Robert Duvall, again, performs with a sullen grace that makes it impossible not to empathise with. And although part III has many problems, it is Duvall’s absense that remains the most important for me. Elsewhere the supporting turns do just as they should. They do not over power their leads or the story, they enrich it. John Cazale, Michael V. Gazzo, Diane Keaton, all of them give pitch perfect support.

However, the finest achievement of the film is the writing and editing. The film achieves a level of literary genius that rivals Shakespeare and Dickens. The relationship between father and son, between duty and responsibility is phoenominal. Although they never meet on screen (even so far as Michael remaining at the table when ‘Pop’ returns in the penultimate scene) Vito and Michael might as well be having a conversation throughout the film. Michael has failed his father. Michael’s admiration of his father is obvious but circumstance and the world around him has failed him. His legitamacy is impossible in the world of politics and drugs. The editing between the two stories is such that we always want what we are not seeing. Whenever we are with Vito, we cannot wait to get back to Michael and vice versa. Each story is so compelling that it hurts to be away from it. We yearn to return. And this is the case with the film as a whole. At three-and-a-quarter hours the film is not long enough. I want to know more and I want more detail. The film builds such a world and peppers it with such characters that it cannot satisfy. And this makes it a great motion picture.

Worthy winner?
Yes - Any other year and Chinatown and The Conversation would have been worthy winners but unfortunately they were paired against The Godfather part II. The academy certainly did get it right. 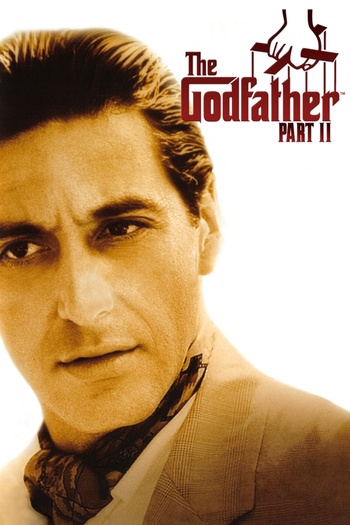