Almost a musical, but not quite. Almost a burlesque, but not really. Almost.
It is definitely a matter of taste what has been done here with the breath of history. Charleston, foxtrot, tonnes of sequins, live music – mainly jazz – this was what I would have thought could have been the power of this film. However, to my disappointment it is only the visual that does seem to be giving justice to the glorious 1920′s. The music is contemporary through and without – including Lana del Rey as one piece on the soundtrack.
Other than that – it is a very poetic adaptation of the famous book by the one and only F. Scott Fitzgerald.
The fact that Leonardo di Caprio has not bagged an Oscar yet does not cease to surprise me. For he is an exceptionally talented one.
His partner here is the new rising star – Carey Mulligan, who also seems to be giving justice to the impersonation of a 1920′s nymph who once rejected the one true love, then keeps coming back to him like a suicidal moth.
For the visual – a definite yes, for the musical aspect – it’s a crack for me, but some did like it. 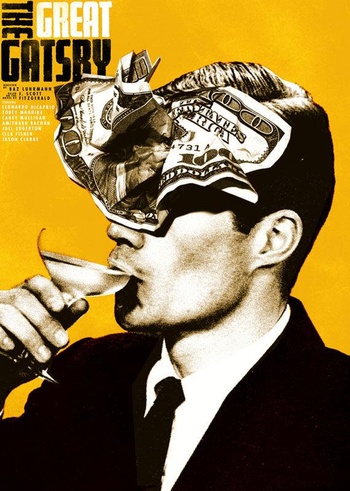