Jakimowski makes visually beautiful films. This one is no exception.
It tells the story of a progressive professor extraordinaire who wants to teach blind children how to orientate in space without their white canes. The teacher himself has no eyes, which makes the task even more difficult than it sounds.
Few things happen, few things are shown, and yet this film makes us – people who can see, identify with the necessity of trusting our all other senses instead of sight. This could be done in darkness or blindfold.
The beauty of this film lies as usually in Jakimowski’s films in lighting and cinematography (thanks to Adam Bajerski).
Imagine brings magic to the lives of those who watch it. And think about it – it is set in Lisbon, although it takes a little while to figure that out. Mainly because little is shown and a lot is imagined. Great cinema. Lovely film. 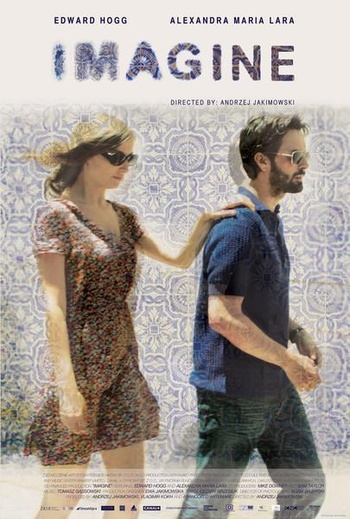