Side Effects by Steven Soderbergh

Without giving too much away – this film seems to be for the first part an antimanifesto – a voice against the pharmaceutical lobby bearing power over society in the US.
Luckily, this film is more than that. It is a craftily told story of how easy it is to be deceived by appearances, by what we’re told, by what we receive/are being fed from the outstide world – mainly by the media.
Jude Law is only slightly convincing as a shrink turned Sherlock Holmes (huh?), when Zeta-Jones fails on all fronts.
Rooney Mara is great but I only saw her in Prometheus recently and don’t feel like she had time to convert to this new role?
All in all – don’t watch it unless there is nothing else in the cinema near you. 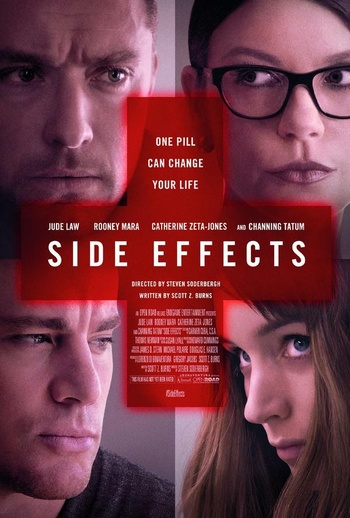